Meet our SCHOOL OF THE Arts Staff! 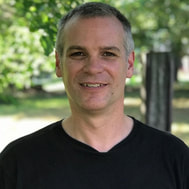 ​Mr. Christopher Card is a singer, pianist and veteran educator that has led and grown school music programs for the past twenty eight years.  Performing groups under Mr. Card's direction have received high honors at state and national festivals and competitions and have held an international reputation as a program of excellence. On four occasions Mr. Card's ​ensembles were selected to perform at the prestigious Carnegie Hall in New York City and twice have represented the United States in performance tours in Europe. Mr. Card's performing groups have received six grand champion trophies at music festivals in the United States.  The YouTube channel for Mr. Card's performing groups has a worldwide audience with over 1.5 million views.  Mr. Card has directed numerous theatrical productions that have held a reputation for bringing amateur actors to professional standards of performance. His shows are known for creative and artistic excellence which has led to record breaking attendance with sold out showings.

Mr. Card's approach to education is to infuse a high level of energy and enthusiasm, incorporating humour in his teaching. His former schools have recognized him as a highly effective teacher that excels at drawing maximum potential out of all of his students in a caring environment.  Mr. Card holds a Bachelors degree in Music Education from Western Michigan University and a Master’s Degree in Music Education from VanderCook College of Music in Chicago, IL.

Mr. Card is happily married to his wife of 25 years, Christine. Together they enjoy raising their two children, Cullen and Ceana. He is excited to be taking on the adventure of developing an arts program at MIPS!
​ 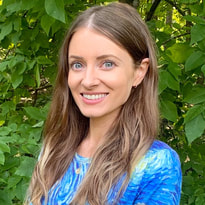 Ms. Kerry Fleet is a creative and caring art teacher. She has more than ten years of experience teaching students of all ages, from kindergarten through 12th-grade. She graduated from Michigan State University with a degree in Art Education and a concentration in ceramics. In 2009, Ms. Fleet had the opportunity to travel to South Africa to teach art at The Ubuntu School in Pietermaritzburg. While there, she was able to share and grow her passion for the arts and learning. Ms. Fleet also worked as a graphic designer at the Indiana Geological Survey, where she developed an interest in digital art.

Ms. Fleet became an art teacher so she could inspire young people and broaden their appreciation of art in an encouraging manner. Her hope is to share the love of art that has been her passion since she was young. Ms. Fleet’s teaching style focuses on process and the art-making experience, as a higher priority than the finished result. She provides supportive guidance to each student she works with, so that they may develop creatively in their own unique way. She hopes to inspire children to appreciate and welcome their creativity and imagination through making art.

In her free time, Ms. Fleet loves to spend time with family, hike, and travel. She’s been to Ireland, South Africa, Mozambique, Peru, Alaska, Hawaii, and loves to practice her photography and art journaling while traveling. Creating cross-curricular projects with art and nature is something Ms. Fleet is very passionate about. While not teaching, Ms. Fleet also loves to draw, paint, and embroider. Her artwork has been displayed at art galleries and art festivals. She is excited to meet all her MIPS art students, and is eager to help further develop each student’s passion for the arts. 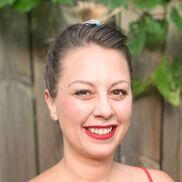 MEGAN POLI
K-5 General Music Instructor
5-12 Level 1 Piano Instructor
​
Mrs. Megan Nuss Poli has been teaching music for fourteen years at various levels and parts of the country for both public and non-profit entities. Among these roles, she has served as a children’s choir clinician, director for a non-profit children’s choir, presented music education research at the national level, and directed multiple musicals. She attended Doane University in Crete, Nebraska where she discovered her passion for sharing and teaching music with young people. During her undergrad, Mrs. Poli sang in the top auditioned choir for 4 years, the jazz choir, and played in the symphonic wind ensemble. A few years later, she received her MA in Music Education from the University of Northern Colorado. Her drive and passion is to nurture the musician in all students, and genuinely care and value each individual child.

Mrs. Poli was raised in small-town America, where she found her love for all things music. She grew up performing and singing in children’s choir, church choir, auditioned choir, show choir, band, community choir, and community theater.  Mrs. Poli is excited to be in beautiful Michigan with her husband, dog, and kitten. She absolutely loves reading, embracing her inner nerd, cooking, all things outdoors, and is a dog enthusiast.
​ 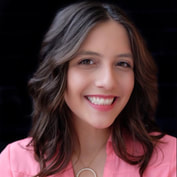 Ms. Madison Meeron is a graduate of Hope College in Holland, MI with a Bachelor of the Arts in Theatre and a minor in Communication. She has worked in the theatre industry as an actor, director, teaching artist, sound designer, and playwright. When Ms. Meeron is not teaching, she can be found pursuing her passion for performance as a professional actor in the Chicagoland area. She believes that storytelling is one of the most powerful tools we have as individuals so she can't wait to begin creating new stories to tell with her students!

Ms. Meeron discovered her love for the arts at the ripe age of 3 when she and her grandmother would act out The Wizard of Oz beginning to end! She was always Dorothy and her grandmother miraculously portrayed every other character. Since then she has been passionate about creating art. She seeks to bring joy to others the same way her grandma brought her joy through performance. 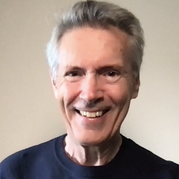 Mr. Dyament’s solo performances draw from the influences of pop, jazz, world, and classical music. Premiers include  the Rosewood Suite by Terry Herald, with the Rochester Symphony Orchestra, and Impromptu by film composer Joseph LoDuca (Xena Warrior Princess, Hercules) with the Detroit Chamber Winds and Strings. Mr. Dyament’s recording of Leyenda by Isaac Albeniz was included in a compilation CD for the World Music textbook Music &Culture Appreciation for the 21st Century Human by Michael Naylor, PhD.

A versatile artist, Mr. Dyament is also an active arranger. His Pops for Classics series was one of the first books of arrangements of pop and jazz standards published for the classic guitar (“The arrangements are great!” Earl Klugh).  He has presented workshops on a variety of Guitar instructional topics for universities, guitar festivals, and national organizations such as the Guitar Foundation of America and Interlochen Center for the Arts. Lee Dyament has been the primary Guitar adjudicator for the American Guild of Music’s Great Lakes Regional Guitar Competition.

As an educator, he approaches both classroom and private instruction with the goal of sharing his wealth of musical and guitar experience with students, imparting best performance practices, and teaching them how to learn and develop their individual talents. His students over the years have gone on to win Grammies and competitions, record hit songs, perform in concert venues, and become teachers themselves for colleges and universities. Mr. Dyament initiated the guitar programs at Macomb, Marygrove, Oakland, and Schoolcraft College, and the University of Detroit. He retired as Divisional Director of Guitar at Wayne State University.
​ 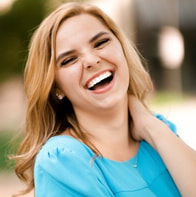 Stephanie Graham is a 2019 graduate of Capital University having received her Bachelors of Arts in Music, Theatre, and Communications.
In addition to extensive stage and recital experience, Stephanie also studied piano and competed in the American Guild of Music’s Great Lakes Regional Voice and Piano Competition throughout her life.  Stephanie discovered her love of music at a young age from being raised in a musical family, her passion was solidified even more through experiences in performing music at church, singing in church and school choirs, performing community and youth theatre, and participation in competitions like Solo and Ensemble and AGM. Her mission in teaching is to approach music with creativity, empathy, and passion! Stephanie is excited to be working with the students of MIP’s arts program!
​ 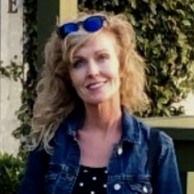 Ms. Janine Murphy is an artist and educator who lives for the arts and loves teaching.  She has over 20 years of experience teaching students at all grade levels from Kindergarten through college.  In addition to  her years of teaching Ms. Murphy is the founder of a business called the The Art Box.  Ms Murphy's passion for art began at Wayne State University where she received her Bachelor of Fine Arts in Drawing with a minor in Communications and Graphic Design.  She then received her certification in Art Education from Eastern Michigan University while furthering her studies at Michigan State University.

Ms. Murphy has chosen to devote her life to teaching as she knows how integral it is to our world.  He philosophy includes not only demonstrating and eliciting skills and processes in the arts, but also encouraging diversity, originality, and expressionism through art history and reflective studies.  She understands the power that is attained when engaging in the creative process as well as when one comes to appreciate how art is a universal language.  Getting to know students, affording them their own explorative experiences and providing support along their creative process and journey is what is most rewarding to Ms. Murphy.  Her hope is to help each student discover their immense talent and to share in their art making.

When Ms. Murphy is not engaged in art, she loves to spend time with her family and with animals.  Being involved in environmental projects for many years, Ms. Murphy is an avid lover of making our planet safe for all creatures.  She also loves to travel, learn about the history of civilizations and discover the cultures of people from around the world (which spills into her lessons). She has spent many summer vacations visiting art museums, and she has the fondest memories of visiting almost all the museums in Paris.  Ms Murphy is currently her daughter's biggest music fan (pushing her Spotify songs daily), supporting her tours (making/designing merchandise) and attending all of her concerts (except those in the UK).  Exploring, advocating, and sharing the world of arts is Ms Murphy's passion and she is excited to work with the talented students at Michigan International Prep School.
​ 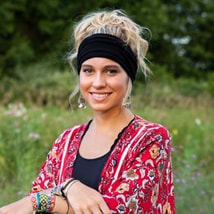 Cassidy Chaisson is an accomplished singer/songwriter with extensive performance experience.  She is currently continuing her vocal training at Belmont University in Nashville as a Commercial Music major.  Music is a passion for Cassidy, who believes that music is truly a universal language that can inspire and change lives for the better both for the performer and audience.  Cassidy has been active in her church worship team and has been a singer/songwriter in the band “Covenant Waters Worship” whose music can be heard on iTunes and Spotify. ​